What I would like to hear about the Italian situation, that nobody is saying.
I’ve been analyzing the data presented by the Worldometer website (https://www.worldometers.info/coronavirus/), that follows the #coronavirus trend worldwide, updated to the 26th february 2020.
I’ve looked at them with a lot of attention, because the statistics can generate a bit of fear. But I believe that based on how we read them, we can make the difference and bring back to the surface our #italianpride, which we often forget.
Yes, in Italy we have a lot of coronavirus cases (889), but we did a lot of medical check (9462).
In proportion to the population, we carry out (in a million scale) the 15,6% of checks, compared to the 1,1% in France, the 0,13% of USA and to an unspoken number in Germany. Only the UK can place itself on a control basis similar to Italy, thanks to its 10,5% of checks.
So, Italy is making an effort 1.418& times bigger than France, 148% bigger than UK and 12.000% bigger than the USA. The only thing we can say, is that

We have also to figure out with what ratio the test is done, and if the test is the same in every world country: are they equally accurate? Why in Italy, out of 100 tests done, 5 are positive, while in France, out of 100 tests only 2 are positive?
And why in the USA, where there is a great controversy about the few and not attendible tests, the positive cases out of 100 are only the 0.2%? Is it a matter of masses distribution?
Does Italy concetrate more than the other world countries a bigger number of travellers from China?
If the other countries would be paying the same attention to these medical checks as Italy, based on the number of the inhabitants, we would have very different results:
France would have done 10.125 tests, compared to 764 taken;
Germany would have checked 13.112 persons;
the USA would have done 51.800 tests, compared to 445 taken;
the UK would have monitored 10.625, compared to 7.132 taken.
From these controls, if the same criterion and the same typology of tests would have been used, imagining to apply the same incidence of positive outcomes as 5% of Italy, today we would have this scenario of cases:
Italy: 889 cases
Germany: 656 cases
France: 511 cases
USA 2.590 cases
UK: 531 cases.
Do you understand how the perspective for an American, English or German tourist, who are banning Italy as a non-safe country, would change?
Why am I writing this? Because I don’t want Italians to be perceived like the world infectors.
It is really hurting to see denigrations campaigns against Italy and flights diverted to Spain, France or Germany! We, Italians, who invented the quarantine in 1423 in Venice, created the lazzaretti in order to defend our population from the Black Death and from the plagues, far more aggressive than this flu wave.
I would like that our politics raise their head in order to ask the same checks and the same procedures in the other countries, and to make manifest what is already clear: that is, this #coronavirus will touch also other countries in the world. Italy was one of the first to be affected by it, just because we’ve made more checks and controls than any other European country.
We are the eighth power country in the world, but with the high level of trade in this globalized world, I don’t believe that we can assign to Italy the primacy in terms of contagiousness!

To all foreigners, I say that Italy is the safest and healtiest place where you can go. Our country:

It is difficult to take a picture of the situation: there’s who gets sick, who’s in quarantine, who’s healing, who’s already healed: everything is dynamic.
It is certain that, globally, 93% of people recover, and have had few problems!
The death toll is 2.941% circa, 3 times the percentage of probability of death of chickenpox complications.
0.00000026% persons in the world die because of coronavirus, 0.0001% die for accidentally falls in their houses.
So, stop being afraid of living!
I know little about communication psychology, but this phrase comes back to my mind:
don’t think about the pink elephant.
It’s impossible not to think about the pink elephant, isn’t it? That’s because our brain tends to not read the not.
So, I don’t agree with the campaign called #italianonsiferma (Italy don’t stop), beacuse I’m afraid our brain would read italiasiferma (italystops).
At this point, I invite you to diffond this vision to all the tourists and travellers: Italy is safe because it performs more checks and it has one of the best sanitary level in the world (it’s not a case that the European Medicines Agency had to be opened in Milano).
These days of suspension are welcomed: we are testing what this desease means before any other western country and the message we get from this condition is that Italy is a safe State, which is taking precautions to the advantage of the whole world, in order to organize and manage things better.

Take advantage of these days to be outdoor and live experiences outside the mass circuits. Find out how beautiful Italy is besides its museums.

Strenghten your immune defenses with activities that make you feel good: it is proved that happiness arises them. So move, take care of your body and of your soul. If you dont’t know what you like, discover it by starting with some experience. Travel to Italy: it will be good for youself and for your country. 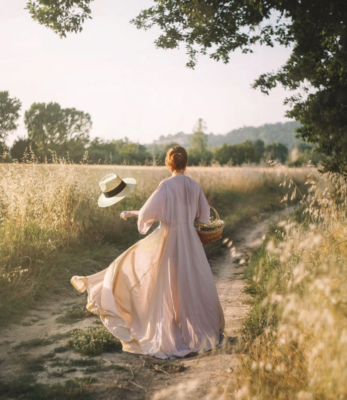 If you share this vision, then join us and communicate it positively, tagging:
#italiavivesana
#italiasicura
#initalia
For who would like to receive an excel file with all the data we quoted in this post, please write to experience@beautrip.it or ask for it in comments below. Thank you!
Daniela

One thought on “Why Italy is a safe place to travel. Responsible Information on Coronavirus”